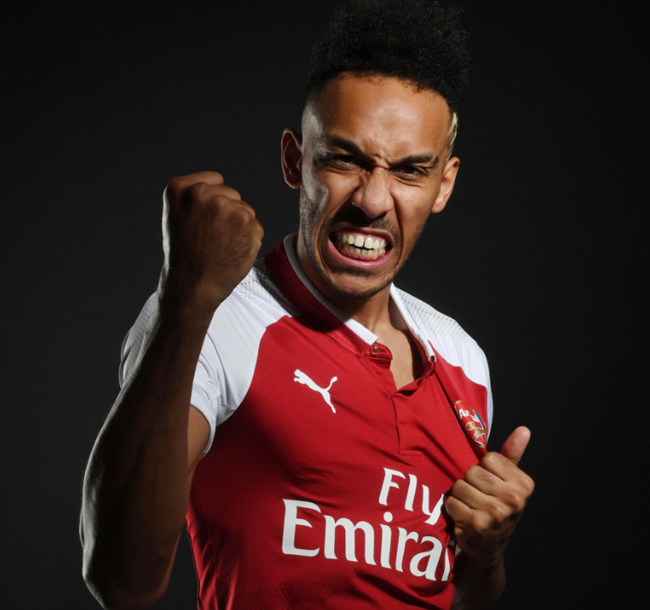 Arsenal have signed Pierre-Emerick Aubameyang from Borussia Dortmund in a club record deal reportedly worth £55million (plus £5million in add-ons).

Obviously not perturbed by what he witnessed at Swansea last night, the Gabonese striker has signed a long-term contract with the Gunners after passing a routine medical this morning.

The Gunners have also said that Aubameyang’s squad number is still to be confirmed, as it probably depends on whether or not they can successfully flog Olivier Giroud (No.12) to Chelsea before the transfer window closes this evening.

While undoubtedly an exciting, top-tier signing, questions still remain over whether Arsenal have it in them to salvage something from the latter half of the season, with the imminent departure of Giroud robbing them of their sole ‘Plan B’ option.

At least in Pierre-Emerick Aubameyang, Alexandre Lacazette and Henrikh Mkhitaryan, Arsene Wenger must surely now boast the longest-named front line in all of football?

That’s got to count for something.