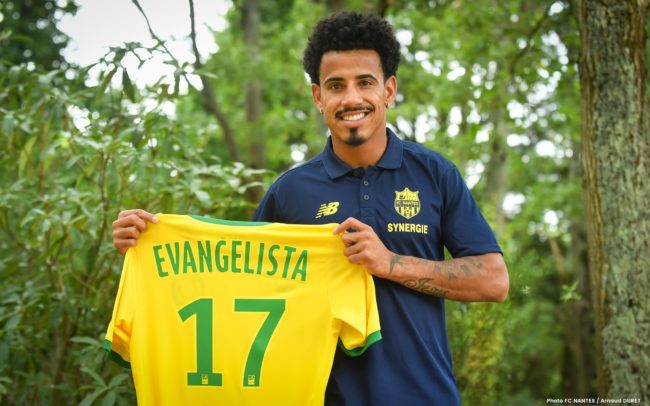 We’ve seen some extravagant announcements of new signings in recent times, as clubs’ social media teams look to outdo each other.

The latest contender comes via Ligue 1 club Nantes, who have used the Fortnite video game to cook up a very clever clip to announce the arrival of Lucas Evangelista from Udinese.

The video features the Nantes manager, Miguel Cardoso, as a character in the game, who runs after two players before opening a door to reveal the Brazilian midfielder with the words “Ben vimdo” (‘welcome’ in Portuguese).

The 23-year-old Evangelista joins Udinese on a five-year-deal, with the club hoping to improve on last season’s 14th placing in the table.