Yaya Toure looks to have found himself a new club, specifically one based in London, if his agent’s latest social media missive is anything to go by.

The 35-year-old Ivorian was released by Man City at the end of last season after winning three Premier League titles and two FA Cups in the space of 316 appearances.

On Wednesday morning, agent Dimitri Seluk announced that Toure has since “passed a medical in London” but stopped short of saying exactly where.

He then proceeded to rule out a couple of potential destinations, roasting Crystal Palace and West Ham as he went… 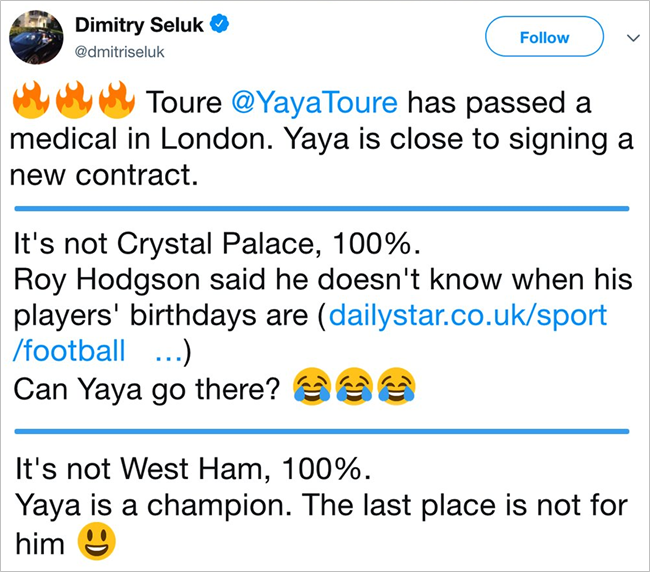 The Independent seem to have installed Arsenal as favourites to take Toure on, while bracketing Chelsea and Tottenham as less likely alternatives and positively scoffing at the thought of him joining Watford or Fulham.

Yaya actually turned out in Arsenal colours as a much younger man, playing on trial in a pre-season friendly in 2003 before work permit issues scuppered his chances of securing a full contract at the club. 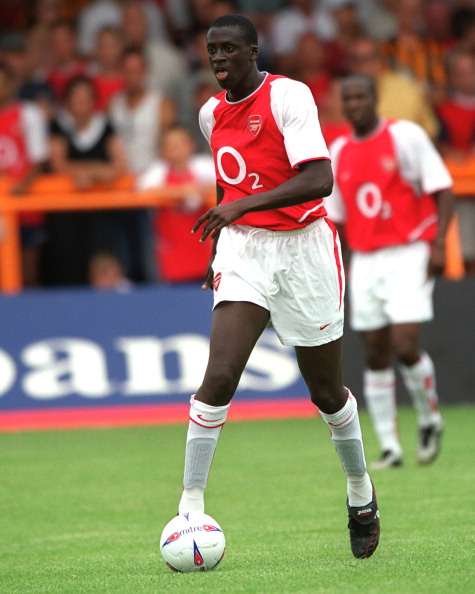 Back to the present day – Do the Gunners really need another cumbersome, slow central midfielder? Looks like they’re fairly well stocked in that department.

Given their lavish spending already these past couple of months, we’ll have a shiny groat on the Cottagers please.