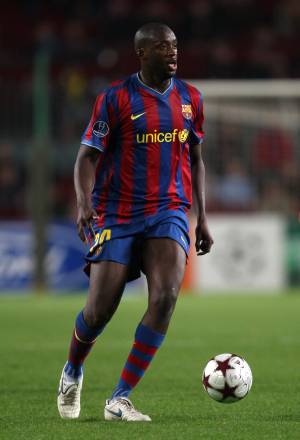 Rumour No.1: According to reports in Spain, Barcelona are still intent on wrapping up a deal for Arsenal midfielder Cesc Fabregas before the World Cup and will send a delegation (headed up by the club’s technical secretary Txiki Begiristain) to London later this week to begin face-to-face negotiations.

Barca have apparently baulked at being told that they will have to pay £60 million for the Gunners skipper and are ready to present Arsenal with a compromise i.e, using Ivorian anchor man Yaya Toure as ballast in the deal – that is, at least that’s what Toure’s agent, Dimitri Seluk, seems to think;

“There’s a lot of interest in the deal. Arsene Wenger likes him and Arsenal are interested. If the conditions are good, everything can be finished soon. He could come into the Cesc deal and Barca and Arsenal are struggling to come to an agreement.”

Seems fairly cut and dry doesn’t it? However, considering that Seluk had this to say just last week;

“There are many teams interested in Toure but he will not go to Arsenal because he has better offers.”

…I think it would be fair to say that the man hasn’t actually got a sodding clue what’s going on. 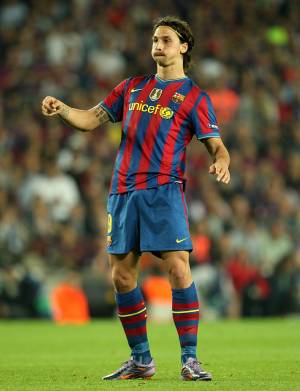 Rumour No. 2: With Robinho reluctant to return to the club when his loan spell at Santos ends, Manchester City have formulated a cunning contingency plan to hopefully ensure that they will have at least one high-earning gadabout on their books next season.

City will reportedly offer the wayward Brazilian winger as a makeweight in a big-money deal to bring newly out-of-favour Barcelona striker Zlatan Ibrahimovic to Eastlands.

The Best of the Rest: Man City are also on the trail of Toulouse’s box-to- boxer Moussa Sissoko.

Chelsea are considering a move for AC Milan striker Klaas-Jan Huntelaar, but the Dutchman has said he wishes to remain at the Rossoneri next season.

Arsenal are being linked with a £22 million double raid on Palermo for defender Simon Kjaer and forward Edinson Cavani.

Tottenham are putting together a £22 million package that they hope will tempt Aston Villa into selling speedy striker Gabriel Agbonlahor.

Spurs are being linked to a host of other players in this morning’s gossip columns, with Juventus’ Vincenzo Iaquinta, Borussia Dortmund’s Neven Subotic, and Chelsea’s Joe Cole being the most prominent.

The Potters are also working on deals to bring Jermaine Jenas, Carlton Cole and Steven Mouyokolo to the Britannia.

Everton have renewed their interest in Wolfsburg’s Bosnian string-puller Zvjezdan Misimovic, who is rated at around £12 million.

The Toffee’s also look set to tie up a £4 million deal for Manchester City defender Nedum Onuoha in the next few days.

One player who seems to be on his way out of Goodison Park is Nigerian striker Yakubu, who will join the ‘revolution’ at West Ham in a £6 million deal.

Bolton have made a £2.5 million offer for Real Madrid starlet Marcos Alonso and have also told Manchester City they intend to sign Martin Petrov when the Bulgarian winger’s contract expires on June 30th.

Birmingham will return with yet another bid for Liverpool forward Ryan Babel after previously cooling their interest in the Dutchman.

Ipswich have made another offer, believed to be in excess of £4 million, to Cardiff for striker Michael Chopra.

Are you a Barcelona football fan? Then have a bet on their next game and win some money. Check out the latest results, fixtures and odds at Bwin today!