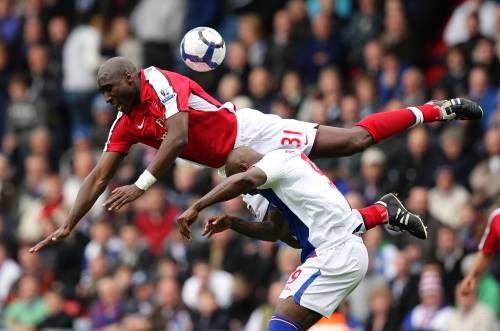 Veteran centre-back Sol Campbell is in talks with Sunderland after failing to agree an extension to his short-term contract at Arsenal, whom he joined during the second-half of last season.

The 35-year-old defender is currently a free-agent and has already held talks with Celtic over a possible move north of the border, but it would appear that Black Cats manager Steve Bruce is prepared to gamble on giving the former England international one last Premier League swansong.

There are also whispers that West Ham centre-half Matthew Upson may be poised to reunite with former Arsenal teammate Campbell at the Stadium of Light, as Sunderland are apparently in ‘advanced talks’ with the Hammers over a £7 million (?) deal for the England man.