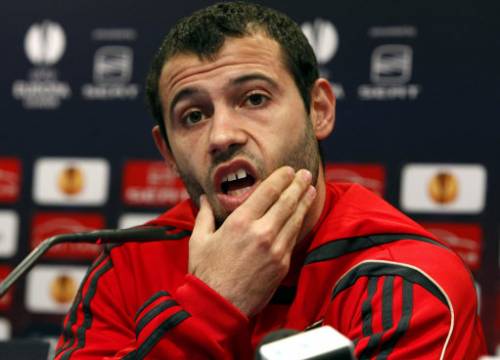 Rumour No. 1: Inter Milan have opened talks with Liverpool over the possible £25 million signing of their holding midfielder Javier Mascherano and, although the talks are yet to move past the initial stages, there are reports that the transfer could be completed as early as next week.

Mascherano has made no secret about his desire to reunite with former Liverpool boss Rafa Benitez at the Inter, describing a move to the Italian champions as a ‘dream’. 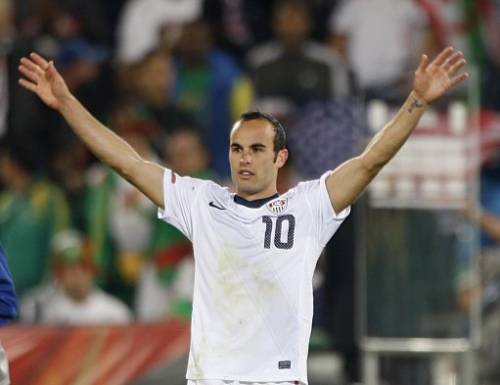 Rumour No. 2: Manchester City manager Roberto Mancini has told a New York press conference (City are in the States on a pre-season tour) that LA Galaxy forward Landon Donovan is a ‘possible’ signing, describing the USA international as a ‘good player’.

However, City officials were quick to dismiss the Italian coach’s comments, insisting that the club had no plans to pursue the £12-million-rated American star.

The Best of the Rest: Chelsea have tabled a £20 million bid for Benfica’s Brazilian midfielder Ramires, but the Blues will have to see off competition from Barcelona and Bayern Munich.

Arsenal have opened negotiations with Udinese over the €12 million signing of Colombian centre-back Cristian Zapata.

Following the release of Fabio Aurelio and the sale of Emiliano Insua to Fiorentina, Liverpool are currently without a recognised left-back in their squad and will therefore move for Manchester City’s Wayne Bridge to redress the balance.

Liverpool are also hoping to steal a march on West Ham in the race for Nice striker Loic Remy by including Damien Plessis and Nabil El Zhar in the deal.

Liverpool’s wayward Spanish winger Albert Riera is close to joining Olympiakos after the Greek side saw their £4 million bid accepted.

However, West Ham are still in pole position to sign Remy after agreeing to pay the entire £13 million transfer fee in one single transaction.

The Hammers are also chasing Ajax’ 21-year-old Serbian winger Miralem Sulejmani, but will have to wait until the furore over current coach Martin Jol‘s future is resolved before they make their move.

Sevilla have made a £9 million bid for Everton playmaker Mikel Arteta.

Sunderland have joined Celtic in the pursuit of Portsmouth’s veteran ‘keeper David James, with the Black Cats confident that the England stopper will want to remain in the Premier League.

Wigan are lining up a £2 million bid for PSV’s Mexican full-back Carlos Salcido should Maynor Figueroa decide to join Liverpool this summer.

Stoke have offered Wigan £7 million plus striker James Beattie in a bid to land the Latic’s Colombian forward Hugo Rodallega.