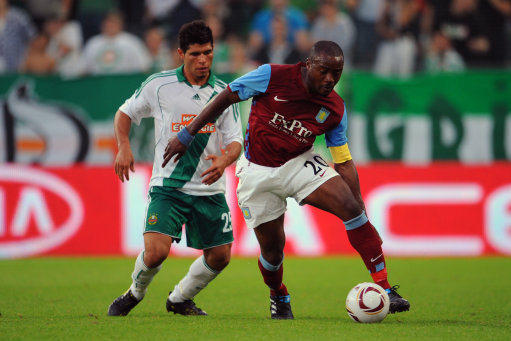 Aston Villa manager Gerard Houllier has but three short months to decide whether or not he will allow £16 million’s worth of flesh and freckles to waltz out of the club on free transfers.

The contracts of Nigel Reo-Coker (£7.5 million from West Ham), Steve Sidwell (£5 million from Chelsea) and John Carew (£3.5 million swap deal with Lyon that saw Milan Baros move t’other way) are all set to expire next summer and, as a result, all three can open formal negotiations with foreign sides as of January 1st.

Former manager Martin O’Neill had transfer-listed both Reo-Coker and Sidwell after using them sparingly during his time at the Villa helm, but both midfielders have featured fairly prominently during Houllier’s brief tenure and, whilst Carew divides opinion like a Marmite-smeared copy of The Da Vinci Code, he also boasts a fairly impressive scoring ratio of 52 goals in 127 games.

If it were my money I’d be tempted to dump Carew (with him being the wrong side of 30 and arguably on the wane) and sign up Reo-Coker (who has been playing well under Houllier) and Sidwell (to retain a bit of his market value) for a few more years.