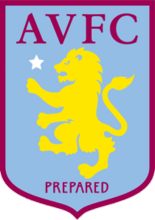 Current league position 7th
Squad health Villa’s small squad means that Martin O’Neill simply can’t afford any injuries to key players. Ashley Young, Gabriel Agbonlahor, Zat Knight and Nigel Reo-Coker have all improved under O’Neill, whilst club captain Gareth Barry continues to lead by example. John Carew is finding his feet in the Premier League, and Villa fans will hope that reports of interest in the big Norwegian striker from Juventus are nothing more than tabloid filler. That’s the good news. On the downside, Villa still need a decent right-back and one more first-class striker, preferably to replace the woeful Marlon Harewood.
More after the jumpâ€¦

Who will arrive? Pascal Chimbonda is apparently unsettled at Spurs and would meet Villa’s need for a quality full-back. Up front, a number of names have been mentioned in the press, including Jermain Defoe, Peter Crouch (could you get two more different strikers!?), Giles Barnes and Obafemi Martins. Of that lot, I’d go for either Defoe or Crouch, with my nod going to the smaller man. Watch out too for 17-year-old midfielder Harry Forrester, who has just signed a two-and-a-half year deal. He won’t figure in the first team this season, but is one to watch.
Who will leave? O’Neill can’t really afford to shrink his squad much further. All Villa fans would love to see the back of Marvellous Marlon Harewood, who has done nothing since his arrival from Upton Park. Out-of-favour goalkeeper Thomas Sorensen may leave, with Derby County a possible destination. The Birmingham Mail reports that Isiah Osbourne and Gary Cahill, both highly rated but on the fringes of Villa’s squad, could be loaned out.
Predicted finishing position 7th â€“ seem to be heading in the right direction, but need to be lucky with injuries to maintain their push for the top six. They face a big fight with Everton, Portsmouth, Blackburn and Man City to finish as the highest ‘non-big four’ club and I predict they’ll end up in 7th, where they are now.
Arsenal’s transfer window guide