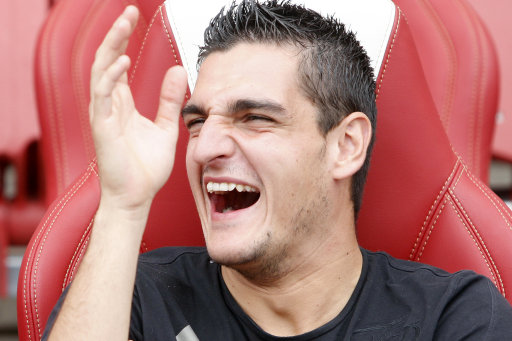 Last week Mannone spoke openly of his frustration at finding himself slipping down the pecking order at the Emirates, highlighting the fact that his ‘competition’ haven’t exactly been shrouding themselves in glory of late;

“I don’t get regular playing time at Arsenal. I would consider a six-month loan deal just to play. I am happy in London. I love the Premier League. But I get annoyed when I don’t play.

It’s not as if the other two (Almunia and Fabianski) do that well. But if I’ve signed a contract extension until 2014 it is because they must value me.”

The 22-year-old Italian will now go into the Hull squad for their game with Sheffield United tonight.