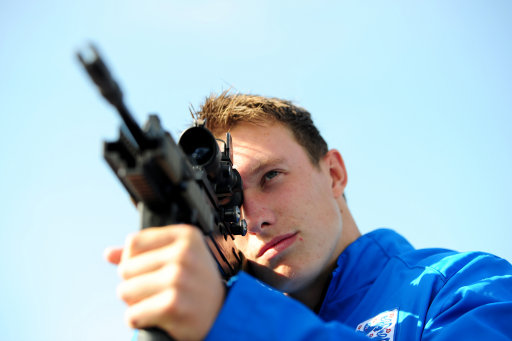 What better way to start the week than with a little bit of transfer tittle-tattle?

According to this morning’s Daily Mirror, Chelsea are lining up a January move for Blackburn’s highly-prized young defender-cum-midfielder Phil Jones, who the paper deem to be ‘the most wanted English youngster in football’ – although fans of a certain Jack Wilshere may quibble with that particular claim.

Apparently manager Carlo Ancelotti sent his ‘top spy’ Frank Arnesen to make a personal check on 18-year-old Jones during Blackburn’s 2-1 win over Wigan at the weekend and has since decided to cobble together a £10 million bid in the hope of prising the England U21 international away from Ewood Park when the transfer window slams open come the turn of the year.

I must admit that I haven’t seen an awful lot of Jones in action but from what I gather, he’s steadily developing a fearsome presence.

My guess is that it’s going to take considerably more than £10 million to lure Blackburn into parting with their most prominent young asset – especially considering that he signed a new five-year contract extension last May.