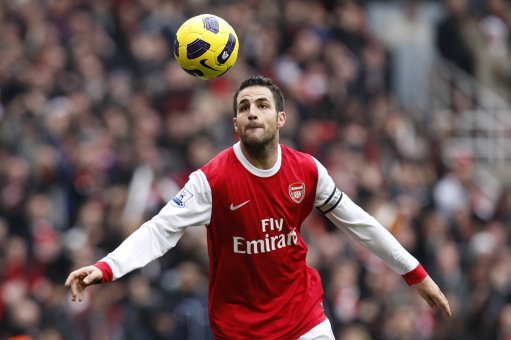 Whilst Barcelona were busy making come-hither eyes at Arsenal captain Cesc Fabregas all summer, there were a few peripheral rumours also doing the rounds that seemed to suggest Inter Milan were quietly sneaking up on the rails – rumours that still persist to this very day.

Spurious reports in both Italy and England have been heavily linking Inter with a big-money move for Fabregas at the end of the season, though Nerazzurri president Massimo Moratti (who should probably be seen as a fair authority on such matters) has attempted to put the kibosh on such speculation, telling Ansa:

“Cesc Fabregas to Inter? I believe he won’t arrive.”

Moratti also took the opportunity to play down talk of Inter’s proposed January bid for Sampdoria’s pock-marked hothead Antonio Cassano who, if you can get your head around it, has fallen out with Blucerchiati honcho Riccardo Garrone after (allegedly/definitely) calling the Samp chief an ‘old shit’:

“Cassano is undoubtedly a great player, I read in the newspapers that we have made progress, but I don’t think so. These are just rumours that don’t match the truth. His arrival is fantasy football.”

When asked about the two players in question, Inter coach Rafa Benitez apparently responded: ‘Many men have tried to push a grand piano through a wood-chipper, only to be left with very expensive splinters.’