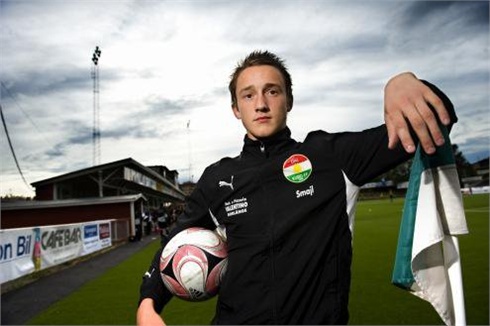 Hey you! Yeah you! Do you like news snippets about players that you’re most likely never going to hear about ever again? You do? Well try this on for size!

Stoke City manager Tony Pulis has announced that the club are within a hair’s breadth of tying up a deal for 16-year-old Swedish prodigy Smajl Suljevic, who is now set to move to the Britannia from Dalkurd in January following the completion of a highly successful trial.

“It has not been signed yet, but hopefully it will be done. I’ve left it to the academy lads – they think he is a good player with a great chance and we have just backed him really.”

“We stayed in contact (after the trial) and Stoke asked me to come back. When I returned to England they offered me a two-year deal and of course I said yes. Next month I will become a Stoke City player and I’m over the moon.”

Told you it was a slow day. As you were…