Arsene Wenger gets his man 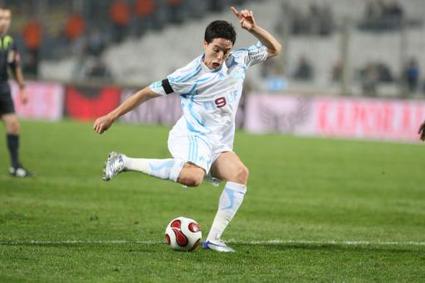 The next Zidane, eh. That would be Samir Nasri, the 20-year-old French midfielder who made a very brief cameo appearance from the bench against Italy, only to be taken off when Eric Abidal was shown a red card.
Reports suggest that Nasri, currently a Marseille player (he joined them when he was just nine), has agreed to sign a four-year contract with Arsenal. Seems like he could be a direct replacement for Judas Hleb, who is off to Barcelona.
This makes sense, and it’s exciting news for Gooners. Nasri is French, young, and very talented – in other words, he’s a classic Wenger signing.
Read our profile of Samir (with video)