Togolese striker to turn his back on Arsenal? 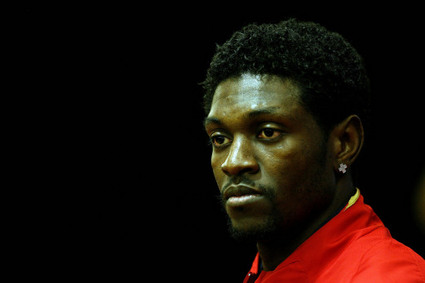 Adebayor is “80 per cent” an AC Milan player, according to one of his agents, Vincenzo Morabito.
“Arsenal are looking for Adebayor’s replacement. Until that search is over, the negotiations won’t reach the final stage, but I am fairly optimistic,” Morabito said on Italian TV show Studio Sport.
“What are the chances of Adebayor coming to Milan? I’d say today we are between 70 and 80 per cent.”

Does this make Adebayor an ungrateful prick? I’ve read stories that he’s demanded a huge pay rise at Arsenal, with Â£120,000 a week being quoted – but where is this information coming from? Yes, there’s a very good chance that he’s asked for more money – he deserves if after a very impressive season in 2006/07 – but I doubt that he’s asked for Â£120k a week. If he has, then I’m sure Arsenal fans would not be sad to see the back of such a money-grabber.
Milan are prepared to pay around Â£28m for Adebayor, which seems like crazy money to me. He’s good, but not that good. I’d value him at around Â£18m.
Who might replace Adebayor at Arsenal? According to Morabito, “The names being talked about are Peter Crouch, Blackburn striker Roque Santa Cruz and Germany forward Mario Gomez.”
Some fans have scoffed at the suggestion that Crouch might come to Arsenal, but I think he’d do pretty well – he is better with the ball into feet than onto his head, and few teams are better than Arsenal when it comes to delivering good service to the feet of their strikers.
Anyway, back to my original question… Adebayor: ungrateful prick or not?