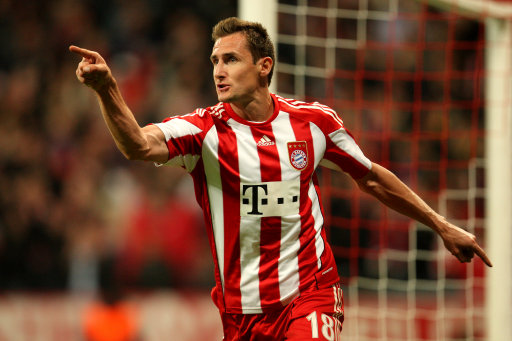 That was fiendishly clever wasn’t it? You see…’Klose’ sounds an awful lot like ‘closer’ doesn’t it?

Sometimes I amaze myself.

Pointless babbling aside, it looks as though Real Madrid, in a desperate attempt to not end up with Man City ingrate Emmanuel Adebayor on their books, have turned their attention to securing Bayern Munich’s one-trick pony (‘scoring shed loads of goals at major international tournaments whilst systematically maxing out at 5 domestic goals every season’ being his one trick) Miroslav Klose on loan until the end of the season.

Real are scrabbling to replace Gonzalo Higuain before the end of January, after the Argentine striker was ruled out for the next four months with a herniated spine earlier in the week.