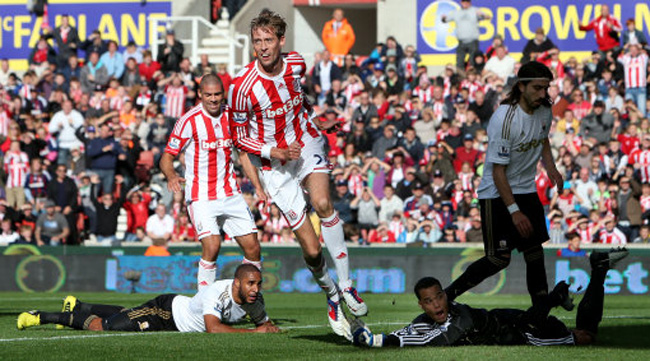 Peter Crouch was the goal-hero for Stoke on Saturday, with the gangly former England man netting a first-half brace to inflict a third straight defeat on Swansea.

Michael Laudrup’s side started the season well but seem to have lost their mojo, with their backline looking particularly shaky. Indeed, the presence of Crouch seemed to bamboozle the Swans’ defence, while up front, the Welsh side lacked their trademark creativity.

Swansea did rally somewhat after the break, but all in all, the Potters were worthy winners.