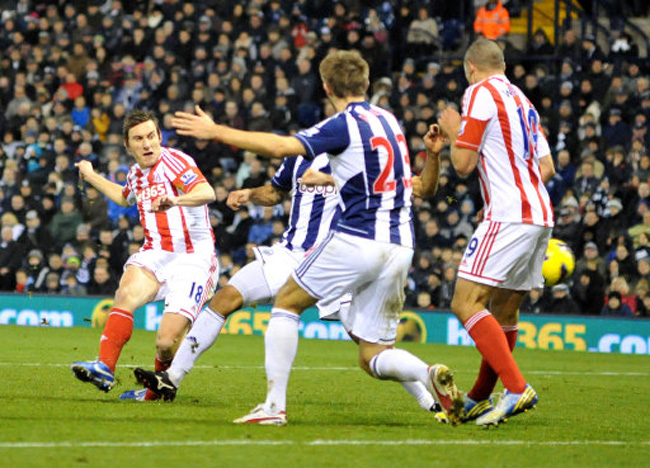 Stoke secured their first away league win of the season after overcoming Steve Clarke’s high-flying West Brom side.

Dean Whitehead was the goal-hero for the Potters, netting on 75 minutes after great work from Kenwyne Jones.  Other than that goal there was little to cheer for the Hawthorns faithful in what was a rather dour clash. Both sides worked hard but there was little to show in the way of the chances for their endeavour.

The result sees Tony Pulis’ men go ninth while the Baggies, suffering their second defeat in a row, drop to fifth.