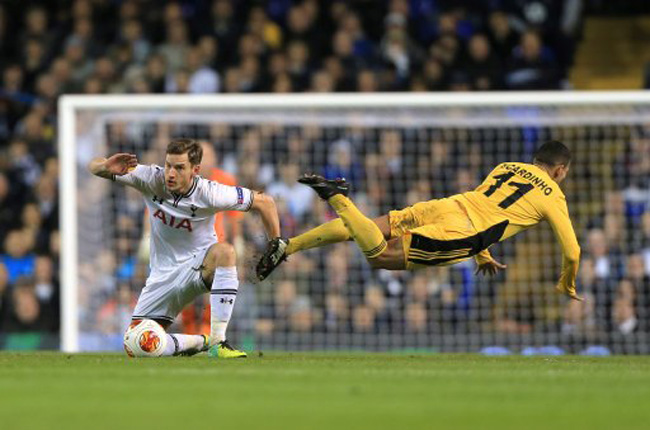 Spurs fired their way into the knockout stages of the Europa League with a 2-1 win against Sheriff Tiraspol at White Hart Lane.

Summer-signing Eric Lamela scored first for the Lilywhites, courtesy of a cool finish on the hour-mark while the Argentine wideman was also instrumental in Tottenham’s second, when his ran at the Sheriff defence before being fouled in the box. Jermain Defoe converted the subsequent penalty (to become Spurs’ top scorer ever in Europe) while a goal from the visitors, via Ismail Isa, proved only to be a consolation strike.

Andre Villas-Boas’ charges go into the last 32 with a decent chance of going all the way, I’d say (and I’m an Arsenal fan!).