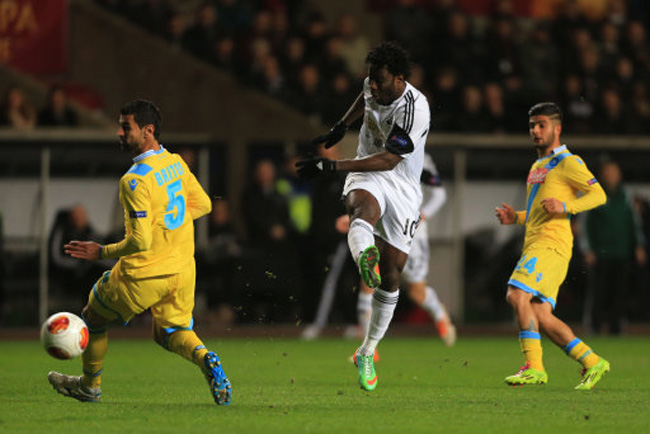 Garry Monk’s Swansea did all but score against Serie A giants Napoli in an impressive performance which deserved a goal. Wilfried Bony, Wayne Routledge and Chico Flores among others all came close as the home side pushed for a vital first leg victory. Although Rafa Bentiez’s visitors also fashioned a number of decent chances, with Gonzalo Higuain, Marek Hamsik and Jose Callejon all going close. However, in the end both sides had to be satisfied with a share of the spoils., leaving it all to play for in Naples.