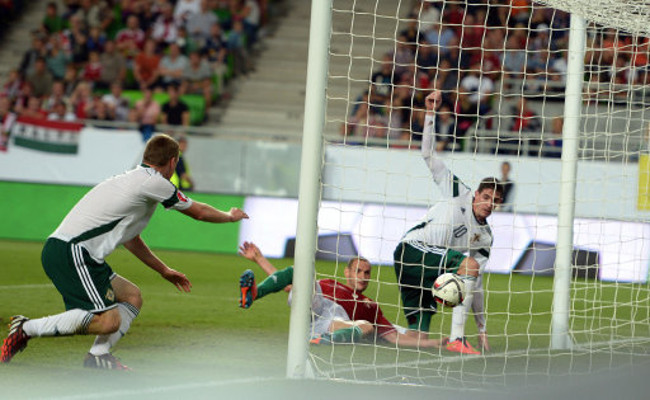 While Martin O’Neill’s Republic of Ireland were securing a 2-1 win away in Georgia, Michael O’Neill’s Northern Irish side were themselves battling their way to a precious 2-1 victory in Hungary.

All the goals in this game came late on after the visitors had had the better of things for long periods of the game. However, it was Hungary who eventually opened the scoring courtesy of Tamas Priskin’s header on 75 minutes. But the Irish stayed focused and goals from sub Niall McGinn and Kyle Lafferty ultimately secured the Northern Irish their first away win in four years.

What a great result for the Irish. However, what has happened to Hungarian football?!