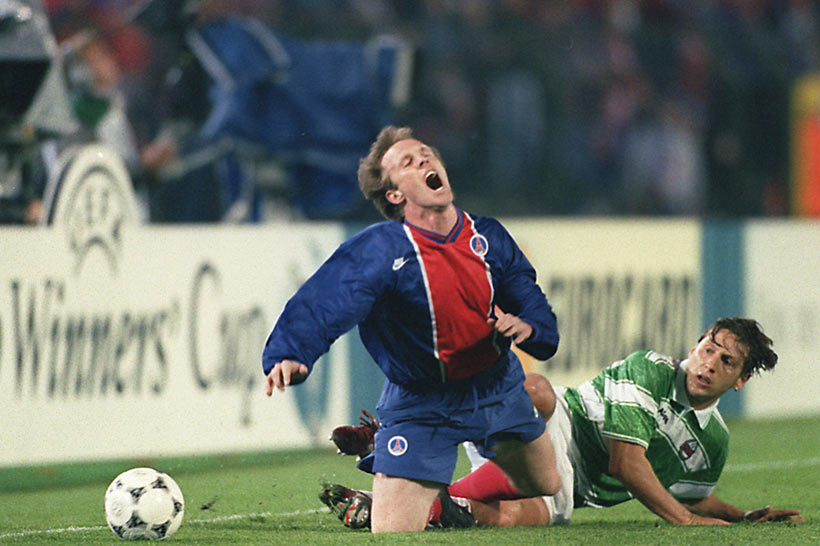 While hardly the most gifted player of his generation, you have to give Francis Llacer credit for his finding his niche – providing erstwhile, solidly unspectacular full-back cover for PSG for just shy of a decade, making a little over 100 appearances for the French side in the ten years between 1989 and 1999 and then 20 more between 2000 and 2003.

Basically, he was to PSG what Tony Hibbert is to Everton: a cult hero by virtue of his resolutely and uniformly dependable averageness.

Still though, we can’t recall seeing Hibbert coming anywhere near to pulling something like this off…

Un absolute stonker of a but.