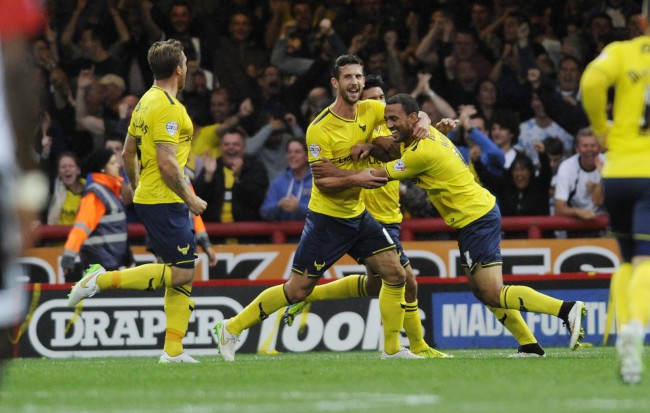 ‘Twas a night chock-full of minor, largely inconsequential shocks in the first round of the Capital One Cup yesterday evening, with several Championship sides toppling out at the first hurdle at the hands of lower league opposition.

Brentford were one of those teams, with the Bees slumping to a rather embarrassing 4-0 defeat against Oxford United of League Two.

Indeed, Oxford found themselves 3-0 up inside the first 12 minutes, with midfielder Kemar Roofe scoring the third via a spectacular instinctive lob from all of 40-odd yards…

WATCH: Kemar Roofe scored a brilliant goal from 40 yards as @OUFCOfficial upset @BrentfordFC in the Capital One Cup. https://t.co/D0bC2FMD8v