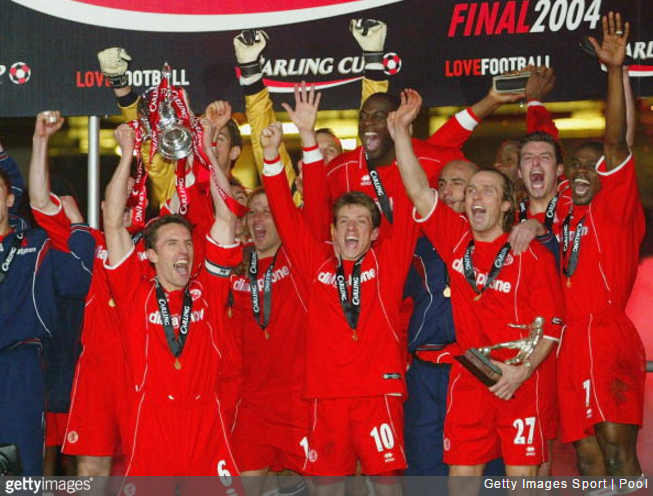 The 29th February only comes around once every four years, so it was perhaps fitting that on this day in 2004 an even more unusual occurrence befell Middlesbrough.

Indeed, the Teesside club won the very first major honour in their 128-year history by beating Bolton Wanderers in the League Cup final.

The match, played at Cardiff’s Millenium Stadium, saw Boro quickly haul themselves in front in the second minute of the match as Joseph-Desire Job turned in a Boudewijn Zenden cross.

Five minutes later it was Zenden who double the lead, just about converting a penalty after slipping at the crucial moment. And with that, Boro had completed their scoring within the first seven minutes.

Kevin Davies pulled one back for Bolton in the 21st minute, but Boro held out for what seemed like an age to eventually secure the 2-1 win.

That helped ease the pain of Boro’s previous closest glimpse of the League Cup trophy. They made the final in 1997 only to concede a 118th-minute equaliser to Leicester City (Emile Heskey doing the honours) before losing the replay 1-0.

Given that Boro are still waiting to add to their honours list 12 years on from their 2004 triumph, February’s elusive 29th day will surely bring back happy memories.

Here’s the Bolton final, as called by the late, great Ali Brownlee…