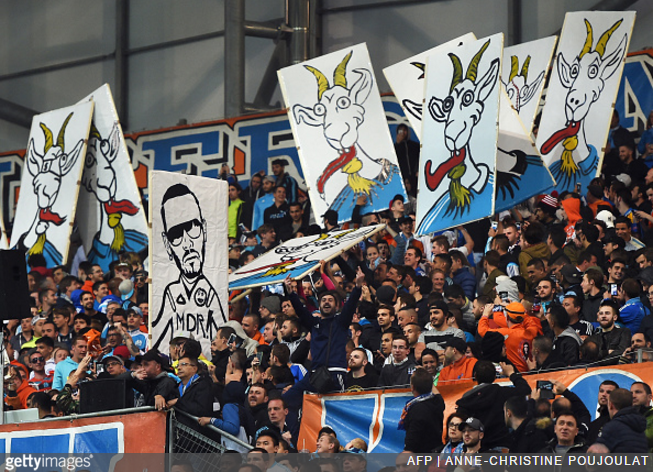 Marseille fans really aren’t happy at the moment, what with their team wallowing way down in 14th place in Ligue 1, a whopping 43 points behind leaders PSG and just six points above the dotted line o’ doom. They haven’t won a league game at home since September – that’s how bad things have gotten.

As such, miffed L’OM supporters used this weekend’s game against Bordeaux at the Stade Velodrome to stage a mass protest, with several large goat placards (generally poor players are referred to as ‘goats’ in French football circles) being held aloft as well as banners pleading with the club’s president to be spared the “humiliation of relegation”.

Rather brilliantly, the home fans also somehow arranged for ‘Yakety Sax’ – aka, the Benny Hill theme music – to be played over a loudspeaker every time a Marseille player touched the ball…

As per usual this season, all the action was up in the terraces as the match eventually finished goalless.