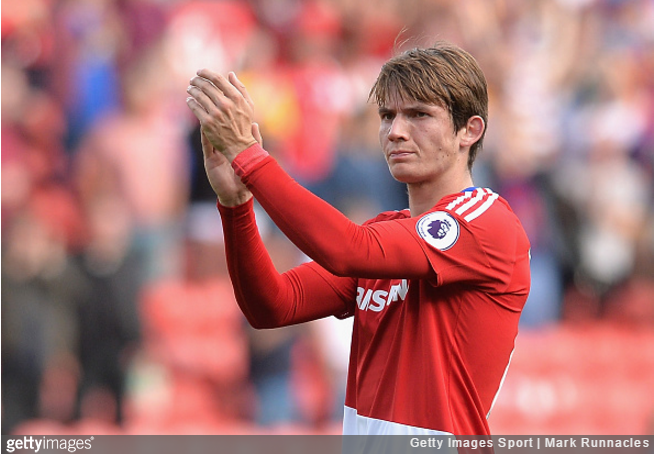 While he’s not the flashiest of signings, Marten de Roon has already become something of a minor fan favourite at Middlesbrough since joining in the summer – principally for his tireless work-rate and by generally being as honest as the day is long.

Well, the Dutch midfielder may well have just gone and cemented his reputation with a lovely little gesture after recently receiving a hand-written letter from a young Boro’ fan.

As part of a school literacy project, a lad named Henry wrote to De Roon and signed off by saying: “It would be extraordinary if you could reply to me!”

Sure enough, De Roon went out of his way to respond, turning up at Henry’s house (after arranging it with his parents) to thank him for the letter in person…

Surprise, surprise little Henry 😳! Nice letter! That look on his face when he opens the door..😱😁. So cool to be someone’s idol! #UTB #Boro pic.twitter.com/1dQ5wPbaRw

My boy Henry writes to @Dirono as part of his school literacy work. Next thing we know De Roon is at the front door tonight with his family! pic.twitter.com/7D5gQupYbX