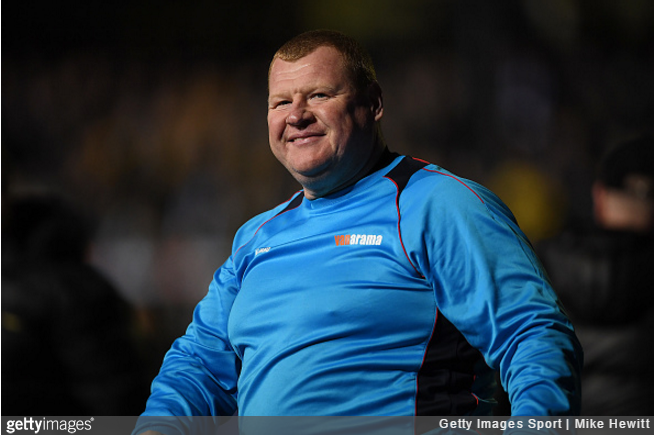 After a whirlwind week that saw him go from gainfully employed to jobless via a televised FA Cup match, a rogue pie and a gambling commission inquiry, you’d think Wayne Shaw might have kept his head down this weekend.

However, the ex-Sutton United man instead snagged himself a ticket to the EFL Cup Final at Wembley and ventured to London aboard a coach full of fellow Southampton fans.

As was inevitable, it didn’t take long before Shaw’s presence on board was noticed, as the lairy Saints fans began chanting “Get your pasty out!” in his general direction.

Shaw, of course, was only to happy to oblige…

Quality, former Sutton United keeper Wayne Shaw on his way to the EFL Cup final with fans singing “Get your pasty out” credit:@conoravery13 pic.twitter.com/6fqcrjavQ2

We guess the most troubling aspect – other than the fact we’re sick of hearing Shaw’s name – is exactly where he produced that pasty from.