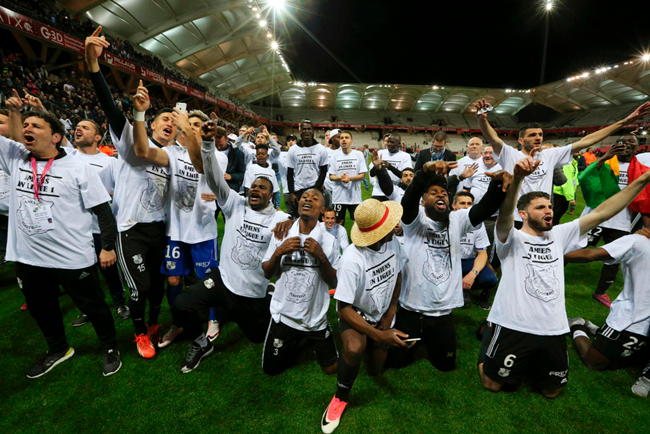 With things balanced on a knife edge going in, the final Ligue 2 matchday of the season proved to be a bit of a thriller.

The top six were separated by just three points before Friday night’s games and, sure enough, it was the team down in 6th place, Amiens SC, who ended up sneaking into the automatic promotion places in the most dramatic of circumstances.

Indeed, all the way up to the 95th minute, Amiens were out of the equation. However, a 96th-minute winning goal against Riems saw them leap up into second place on goal difference alone, thus securing their promotion to Ligue 1 by a +2 goal margin.

As a result, as of next season, Amiens will be playing in the French top flight for the very first time in their 117-year history.

Yep, ‘historique’ just about covers it!