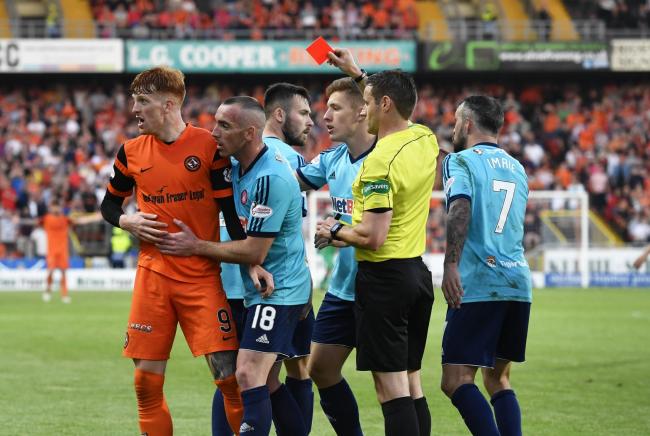 Simon Murray was sent off during the first leg of Dundee United’s Premiership play-off final, a goalless draw with Hamilton Academical on Thursday, after the striker was booked twice for diving.

Murray received his first yellow in the first-half of the game, after going to ground when challenged by Massimo Donati.

Then, late in the second period, Murray looked to have been felled by Scott McMann in the Hamilton box, only for referee Steven McLean, after conferring with his assistant, to rather harshly brandish a second yellow and send off the Dundee man.

After the game, Tangerines’ boss Ray McKinnon confirmed that his club would be appealing the decision, meaning that Murray can play in the second leg at the weekend.

The clampdown begins. Expect a lot more focus on the punishment of diving in the Premier League next season too.