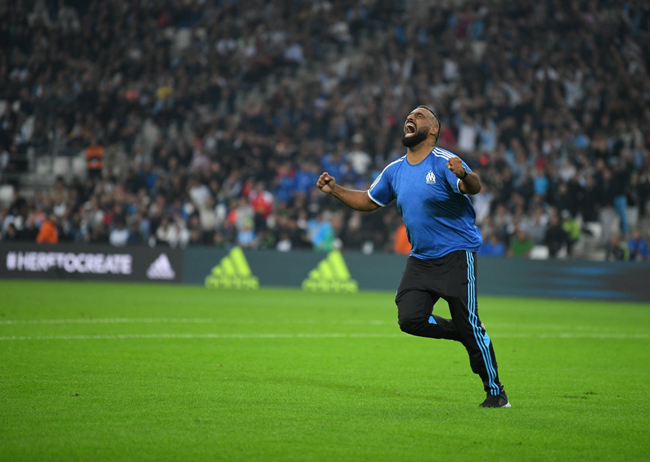 The man you see before you is none other than Kamel Zaroual, the perhaps somewhat unlikely first goalscorer in Marseille’s 2-0 win over Toulouse on Sunday evening.

Zaroual has recently completed a mammoth 2,000-ish kilometre cycle ride between his hometown of Arles and the northern city of Amiens to raise money for local disadvantaged children.

Being an avid Marseille fan, the club invited the 36-year-old (who cited “beer and cigarettes” as the fuel he used to propel him on his way) to take a ceremonial kick-off before the aforementioned tie against Toulouse.

However, seizing his opportunity, Zaroual instead chose to fulfil a lifelong dream of scoring at the Stade Velodrome by sprinting up the pitch and slotting a very handsome shot past Toulouse’s prodigious young 18-year-old goalkeeper, Alban Lafont.

Proof if further proof were needed that not all heroes wear capes.