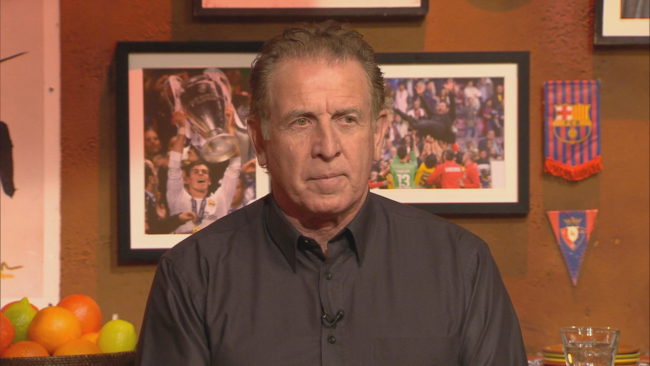 Northern Ireland missed out on a place in next summer’s World Cup finals after a goalless draw in Basel meant they lost 1-0 on aggregate to Switzerland.

However, while the Swiss missed numerous chances to win the the game on Sunday night, with striker Haris Seferović the main culprit, Sky co-commentator Gerry Armstrong was in no doubt which side dominated the clash.

The 63-year-old hero of Northern Ireland’s 1982 World Cup finals campaign in Spain, Armstrong gave one of the most one-sided commentating performances of all-time, describing a different game altogether.

Thankfully, Twitter user James Lorenzo decided to put together a smorgasbord of some of Armstrong’s comments during the latter stages of the game…

got a bit bored today so I put together a supercut of gerry armstrong praising northern ireland during the last 20 mins of their heroic 0-0 draw. pic.twitter.com/7YcbOEjR6Y

Some truly incredible stuff there! We never knew Gareth McAuley was known as ‘Big G’!.

Armstrong, in the excitement of it all, also got his geography a bit muddled when full-back Stephan Lichtsteiner went down, proclaiming “That’s the Latin temperament there”!

To be fair, it can be difficult to remain impartial in games like those. Alas, even Gerry’s words couldn’t stop his beloved Northern Ireland ultimately losing out to the Swiss.