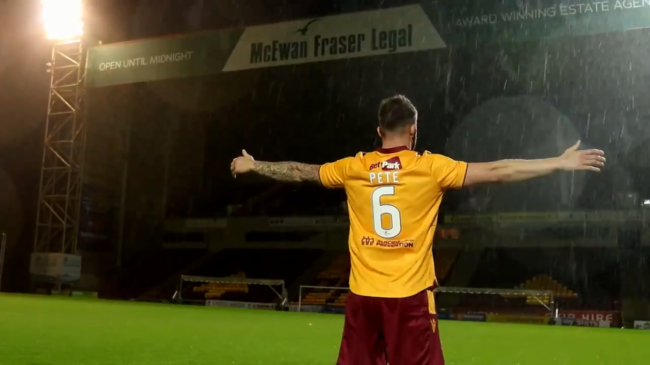 Motherwell have announced the permanent signing of Peter Hartley by indulging in that most popular of social media endeavours, the parody video.

Taking Manchester United’s rather overblown piano-led Alexis Sanchez video as their inspiration (or target), Motherwell’s media bods have produced a rather decent pastiche.

See what you think…

Manchester United themselves responded to the Motherwell clip on Twitter with a cheeky Alexis Sanchez wink.

As for star of the video himself, the 29-year-old Hartley joins the Steelmen on a permanent deal from Blackpool, after spending the first-half of the season with the Scots Prem side.

And good luck to him. Although we doubt he’ll quite be taking home Sanchez’s wages.