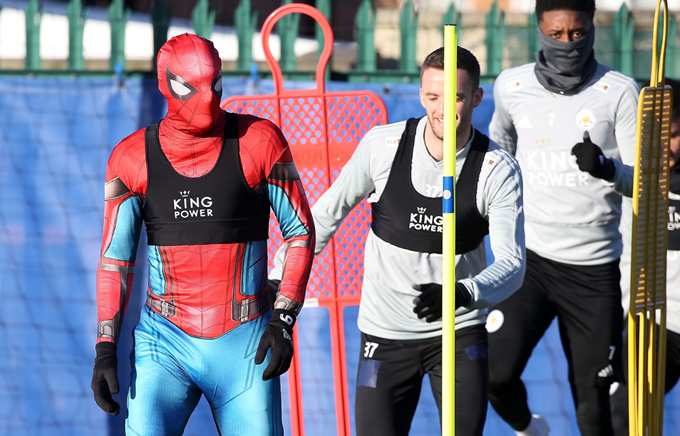 Leicester City were paid a little visit on Thursday morning when Spiderman arrived at their training ground.

Having hid in the bushes at Belvoir Drive before leaping out and slinging a web at a mystified Claude Puel.

The club invited fans to guess just who was inside the costume seemingly unaware that, having seen his jawline in profile, it could only really be one person. 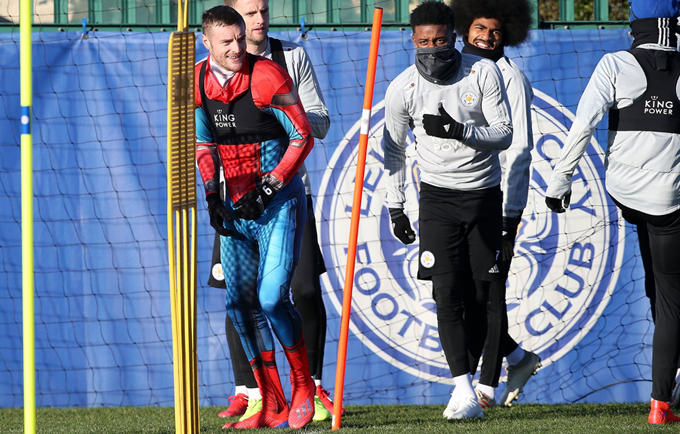 Jamie Vardy, and for absolutely no reason, it would seem!

Bless him, the angular little weirdo.