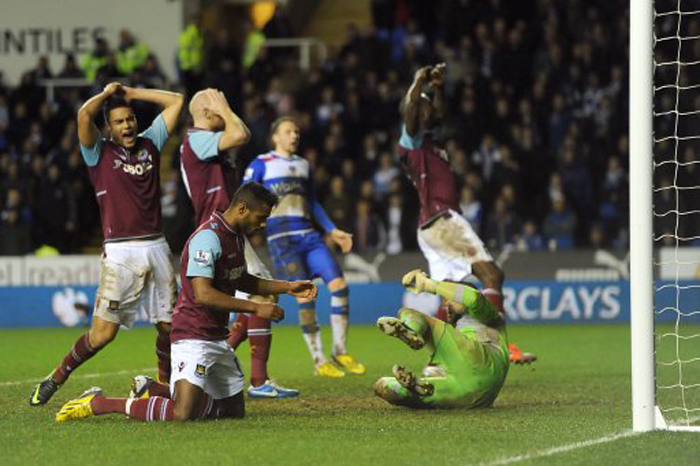 Pavel Pgrebnyak, a player who has rather struggled to match his initial form in the Premier League in recent months, netted a precious winner for Reading in their 1-0 home win over West Ham.

The striker netted after just five minutes, making the most of a poor back pass from James Collins and firing past Jussi Jaaskelainen.

The Royals, buoyed by their early goal, dominating the early stages of the game without extending their lead before Collins almost made amends for his early error, only to see his header tipped over the bar by Adam Federici.

After the break, the Hammers pushed for the equaliser, with Ricardo Vaz Te missing an easy close-range chance late on, although the Royals too had their chances as they ultimately held on for a vital three points.

That result sees Brian McDermott’s side move three points clear of bottom side QPR and go to within five points of safety. Sam Allardyce’s West Ham now find themselves in 12th.