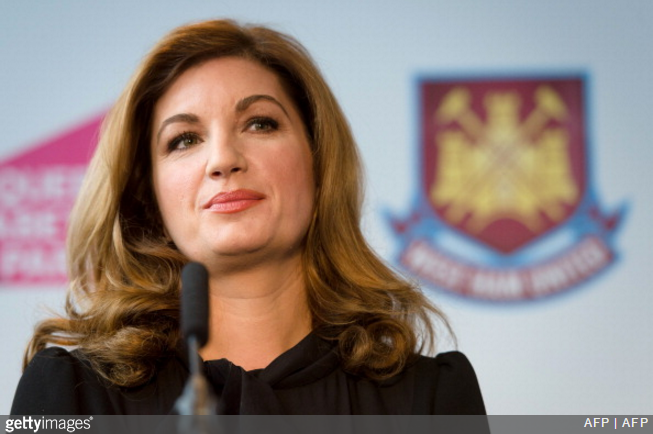 With the club in upheaval after their move to the infinitely soulless Olympic Stadium over the off-season, vice-chairwoman Karren Brady has stepped in and sought to placate any fans left disenfranchised by the transition.

Speaking at the Leaders 16 awards (handed out to those excelling in the world of sport-related business), Brady began by assuring the Hammers’ fanbase that the move to the Olympic Stadium was a terrific chance to “rebrand” the club.

According to attending journalist Owen Gibson, she then followed by claiming that the club had “no culture” before the current owners, Davids Gold and Sullivan, took over in 2010…

Karren Brady says Olympic Stadium was an opportunity to “rebrand” the club. Also says club had “no culture” when she arrived.

It’s worth pointing out that some folks have been quick to proffer that Brady was talking about West Ham not having a ‘culture of success’ when she and Goldivan muscled in on the act.

But still, for a team with three FA Cup wins to their 1212-year-old name, the wording could have definitely been a little more tactful.