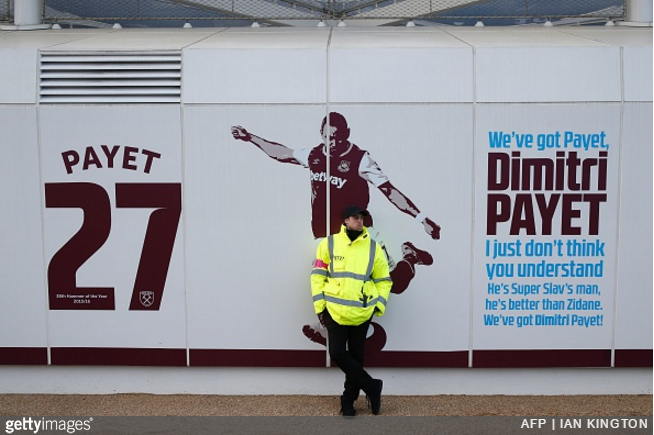 West Ham took the precaution of stationing a steward right next to an image of Dimitri Payet on the wall outside the London Stadium for their game against Crystal Palace today.

As you’re probably well aware, Payet has been refusing to play or train for the Hammers for the past few days after informing the club that he wishes to jump ship before the end of the transfer window.

so, presumably fearing a graffiti-based reprisal, the club decided to take preemptive steps…