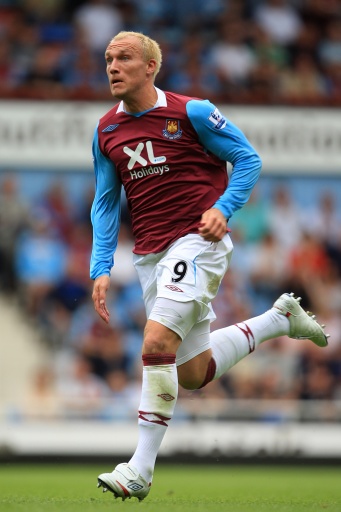 The Sun have set about thawing everybody’s snow-bound cockles this chill winter’s morn, with a heart-warming tale of career-ending injury and resultant financial vengeance.

According to the red top, West Ham are ready to hand the FA a £10.5 million legal writ as the club chase compensation for the ankle injury that former Hammers striker Dean Ashton suffered on England duty that effectively ended his career a year or so ago – at the depressingly young age of 26.

Ashton splintered his ankle during a training session ahead of England’s clash with Greece in 2006 and, two operations and three years later, was forced to finally call it a day due to the chronic, repetitive after-effects.

As a result, the Hammers are suing the FA for the £8 million insurance that Ashton held with them at the time, plus the £2.5 million settlement that the club paid the player upon the termination of his contract.

The cynics amongst you may suggest that West Ham, under the nefarious ownership of the Goldivan, are merely chasing every single available FA coin in a bid to balance the £25 million they are still in the process of paying Sheffield United for their part in ‘Tevezgate’ back in 2008 – but I’m sure those claims would be almost definitely wide of the mark.