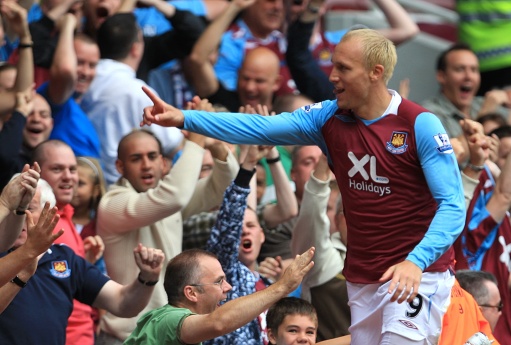 The Football Association have agreed an out-of-court settlement with former West Ham striker Dean Ashton over the injury he sustained during an England training session in the summer of 2006 that eventually forced him to retire from the game altogether two-and-a-half years later, aged just 26, in December of 2009.

Ashton sued the FA for compensation after the shattered ankle he sustained in a tackle with notorious bruiser Shaun Wright-Phillips forced him to miss the entire 2006/’07 season, then break down again several months into the 2007/’08 campaign – with doctors advising him to either retire or risk losing the ability to walk properly for the rest of his life.

The FA released the following statement first thing this morning:

“We are pleased to announce that the legal proceedings brought by Dean Ashton, following his unfortunate injury during training the day before his debut for England in August 2006, have been settled upon terms mutually acceptable to the parties and their insurers.

“It is a term of the settlement that no further statement will be made by any of the parties.”

West Ham themselves have also spent January putting the final touches to their £10.5 million (£8 million in insurance, £2.5 million to cover Ashton’s contract termination fee) compensation claim, which they reportedly plan to issue to the FA over the course of the next few weeks.