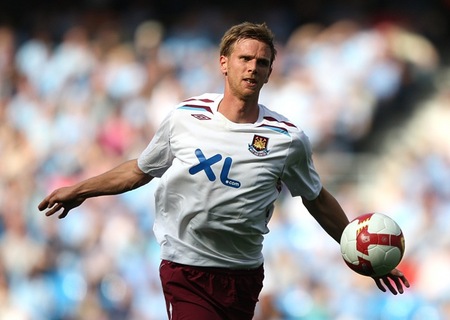 West Ham defender Calum Davenport and his mother were stabbed at home in Bedford last night.
Davenport was rushed to hospital where he underwent emergency surgery on “serious” injuries to both his legs.
A West Ham spokesman said: “We can confirm that Calum Davenport was being treated in hospital on Saturday afternoon after an incident late on Friday night. The 26-year-old defender and his mum both suffered stab wounds at home in Bedford.
“His mum is recovering while Calum underwent surgery this morning and his injuries were described as serious by doctors. The club’s medical team are in contact with hospital staff.
“The thoughts of everyone at West Ham are with Calum and his family and, due to the ongoing police investigation, no further information will be released at this time.”
Shocking news. Get well soon, Calum.