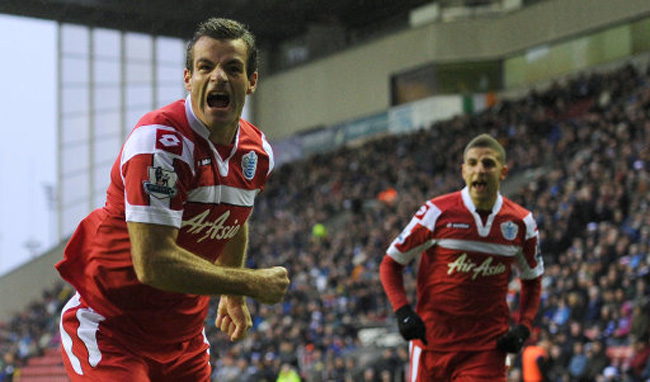 A draw at the DW Stadium is hardly the worst of results, bu for Harry Redknapp’s QPR, it was undoubtedly a chance to finally secure their first win of the season. Ultimately, however, the west Londoners had to settle for a draw.

Republic of Ireland midfielder James McArthur hade put he home side ahead on 19 minutes, firing home superbly after a corner which had been hotly disputed by QPR players.

However, within seven minutes the Hoops were level, when Ryan Nelsen headed home from another corner.

After the break, both sides struggled to get a hold of the game but then, with 19 minutes left to play, sub Djibril Cissé fired home after good work from Shaun Wright-Phillips (but some dreadful defending from the Latics) to move the Hoops within touching distance of their first league victory of the season.

However, that lead only lasted for three minutes, with McArthur firing home through a sea of players to bag his second of the game and secure a share of the spoils for Wigan.

The draw sees Rangers break the record for the longest start to a season without a win (16 now) and stay bottom of the table. Roberto Martinez’s Wigan themselves are also in quite a bit of trouble, and are now just two points clear of the drop-zone in 17th spot.