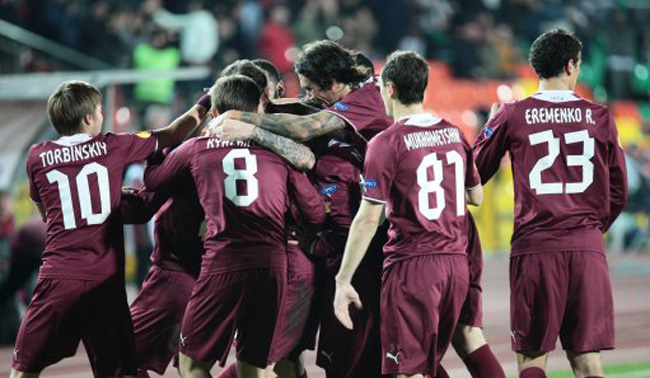 Owen Coyle’s Wigan side produced a good display away in Kazan but came away empty-handed courtesy of a 1-0 defeat.

Oleg Kuzmin was the goal-hero for the home side. netting on 22 minutes after a long ball caught the Latics’ backline napping. However, the visitors rallied and created a number of chances, with Grant Holt and Nick Powell among others going close.

Despite the loss, Wigan are still in the hunt for a last 32 place (Rubin Kazan have ow qualified), with the Championship side in second spot in Group D, a point ahead of SV Zulte Waregem.