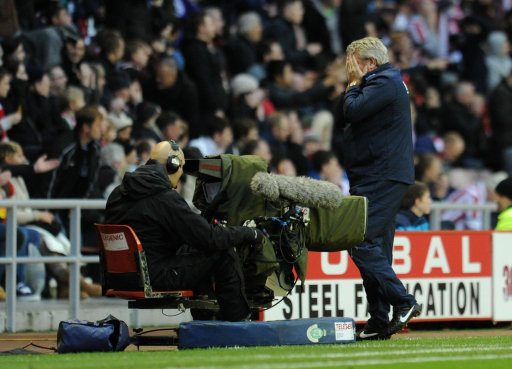 Argentinian striker Franco Di Santo is enjoying his best spell so far in England, after struggling at Chelsea and Blackburn. The hitman netted his fourth of the current season at the Stadium of Light, double what he had managed in his three previous seasons combined. His last-minute strike would also hand the Latics only their second win overall this season and move them to within two points of 17th place in the table.

Sebastian Larsson opened the scoring for the Black Cats after just eight minutes, making the most of a fumble by Wigan ‘keeper Ali Al Habsi. However, just before the break, the Swede was then adjudged to have tripped Victor Moses in the Sunderland box. It was a shocking decision by referee Kevin Friend, as there was no contact at all, but Jordi Gomez converted the spot-kick to level the scores.

Sunderland had a number of chances to get back in front but ultimately, it would be Wigan who would secure the victory, with Di Santo the hero, after ‘keeper Keiren Westwood and Wes Brown contrived to lose possession in the danger area.