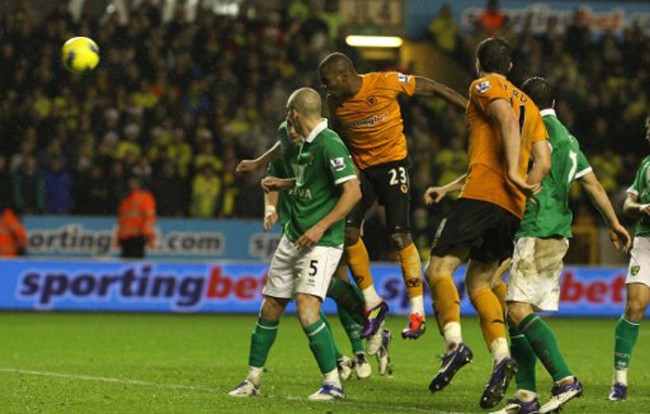 A hard-working Wolves came back twice against Norwich City At Molineux to secure a vital point which inches Mick McCarthy’s men another few steps away from the drop-zone.

Andrew Surman opened the scoring for the Canaries after just 12 mins, heading home from a Wes Hoolahan cross. However, the home side levelled after 37 minutes, when Sylvain Ebanks-Blake fired home after a Stephen Hunt effort had been blocked by Russell Martin.

A similar pattern occurred after the break, with Simeon Jackson netting what looked like being the winner with just 15 minutes to play. However, once again, Wolves delved deep and came up with another equaliser, this time from the head of Ronald Zubar.

Paul Lambert’s Norwich stay in the top half of the table while Wolves edge two points clear of the bottom three.