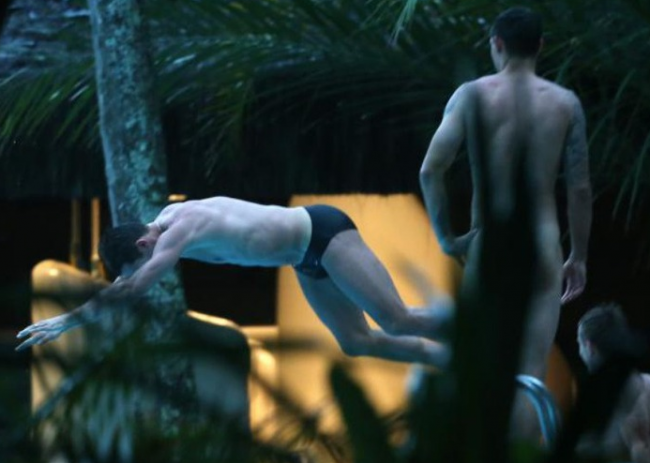 Croatia coach Niko Kovac has announced that he and his players are to shun their World Cup media obligations after photos of members of his squad skinny-dipping in their hotel pool were published yesterday.

Two photographers reportedly hid in bushes near the hotel in Praia do Forte and snapped Dejan Lovren and Vedran Corluka swimming naked, with the (mercifully pixelated) pictures later appearing online.

“How would you feel if someone took naked pictures of you? They (the players) are adamant that they won’t speak to you lot any more.

“I don’t know whether the silence will end tomorrow or last until the end of our World Cup campaign.

“I respect my players’ opinion and I also know that you have done a very professional job so far but you blew it with this one. The whole world has seen the photos.

“It’s easy for me to talk but I’m not part of this story. I respect their opinion.