Colombia legend Carlos Valderrama has vowed to hack off his golden tressles if his boys emerge victorious in Russia this summer.

Valderrama, who captained his country at three World Cups, has been signed up by RT to provide punditry for their Spanish language coverage of the tournament.

Asked whether he was serious about shaving his head if Los Cafeteros go all the way, he replied:

If we are world champions… it’s yes.

Selfish, we know, but if these are the stakes, then Pies are sincerely hoping that Colombia absolutely tank at the upcoming World Cup.

That said, we’ll always have the statue… 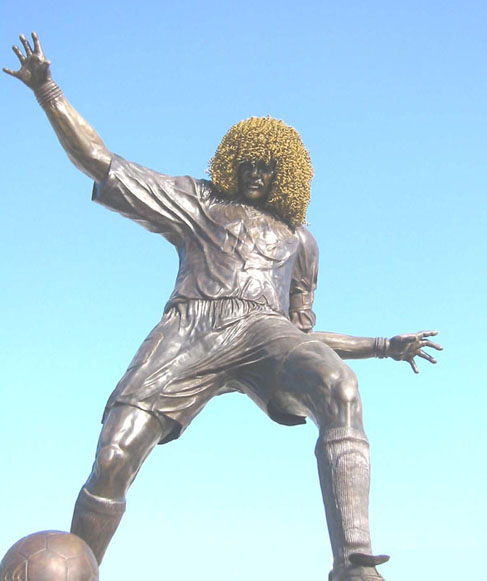 Still the most ingenious use of Batchelors Super Noodles we’ve ever seen.