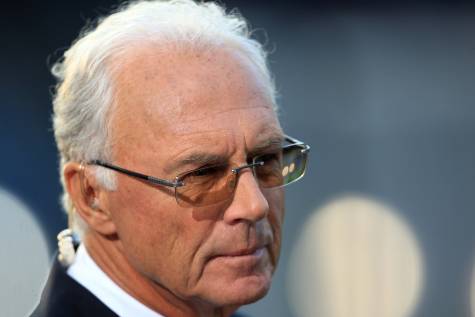 England more-or-less farted their way to a 1-1 draw with the USA in their first Group C encounter, a performance that Beckenbauer found far from impressive.

In his column for South African newspaper The Times, ‘Der Kaiser’ wrote;

“What I saw of the English against the USA had very little to do with football. It looked to me as if the English have gone backwards into the bad old days of kick and rush.

I am not sure if the England coach Fabio Capello can still change much there.

The English are being punished for the fact that there are very few English players in the Premier League as clubs use better foreign players from all over the world.”

For my money, Beckenbauer is pretty much spot on for once. Watching England repeatedly lump it up to Emile Heskey all night (with no sign of a plan B) was down-right demoralising.

However, one thing I would point out to old Franz is, though Germany’s 4-0 victory over Australia was highly impressive, goals from a couple of Poles and a Brazilian hardly smacks of ‘homegrown talent’ now does it?