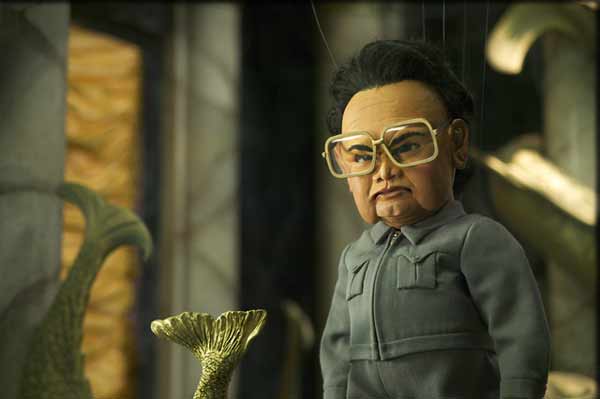 North Korea’s World Cup squad has been severely reprimanded after their display at the 2010 World Cup. As predicted by everyone outside of North Korea, they lost all three group games, to Brazil, Portugal and Ivory Coast.

On 2 July, gaffer Kim Jong-Hun and his team were summoned to the People’s Palace of Culture in Pyongyang for a marathon dressing down, according to reports by Radio Free Asia.

Myong Chol, the sports minister, was among about 400 government officials, students and athletes that too part in the six-hour session, the report said.

Players reprimanded their coach – they had no choice – at the end of the intense humiliation session.

Kim Jong-Hun was also made to work on a building site and expelled from the Workers’ Party of Korea. So… ronery… now.

In hindsight, perhaps Korea’s group game against Portugal, which the Koreans lost 7-0, wasn’t such a great choice for the nation’s first ever live sports broadcast. Ouch.