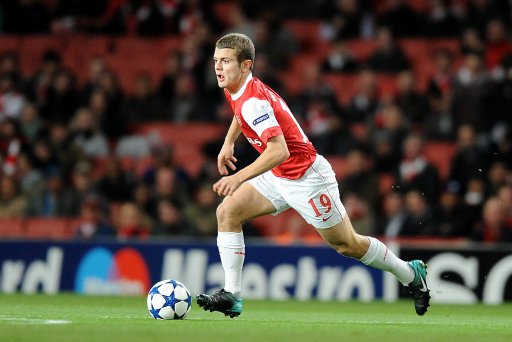 Arsenal whippersnapper Jack Wilshere has admitted that his side may have to embrace football’s dark arts and be ‘a bit nasty’ if they are to upstage Barcelona in the Champions League on Wednesday night, after the Catalans well and truly spanked them (Barca won 6-3 on aggregate) at the quarter-final stage of last year’s competition.

“I was at the Emirates for the first game against Barcelona last season and for the second one I was in Bolton, where I was on loan, watching on the television.

“Barca were great last year, especially in the first half at the Emirates. That’s the game we want to play and they played us at our own game and they were brilliant.

“This year we need to get in their faces, and when we’ve got the ball we’ve got to try and keep it.

“We’ve got to change our game a bit to play against Barcelona. We’ll learn from last year. We need to be a bit nasty with them and get the ball back.

“We have to press them as a team, there’s no point one of us going after them, but we want to win every game, so we’ll go into the Barca match looking for the win. It’s important we get a win to take to their place in the second leg.”

Aside from the fact that you’d struggle to find a footballer that looks less ‘a bit nasty’ than our Jacky, I’d also wager that trying to ‘get in Barca’s faces’ will see you sent off before you can even fathom what’s going on – especially with Sergio Busquets willing to hit the deck if you stare at him hard enough.

Do you reckon the Arse have even the slightest chance of keeping up with Barca on Wednesday?