Skip back to Friday afternoon and Reading kept their timely streak going, beating Leeds 2-0 to temporarily yomp to the top of the Championship thanks to Adam Le Fondre’s late double.

As expected, there were a few choice tackles over the course of the game (Leeds’ Zac Thompson was sent-off after 13 minutes) with Reading’s Jem Karacan finding himself on the receiving end of several ‘robust’ tackles before Michael Brown’s flying gooch-first lunge finally caused the Turkish-ish midfielder to limp off – with the 23-year old eventually leaving the Madjeski on crutches… 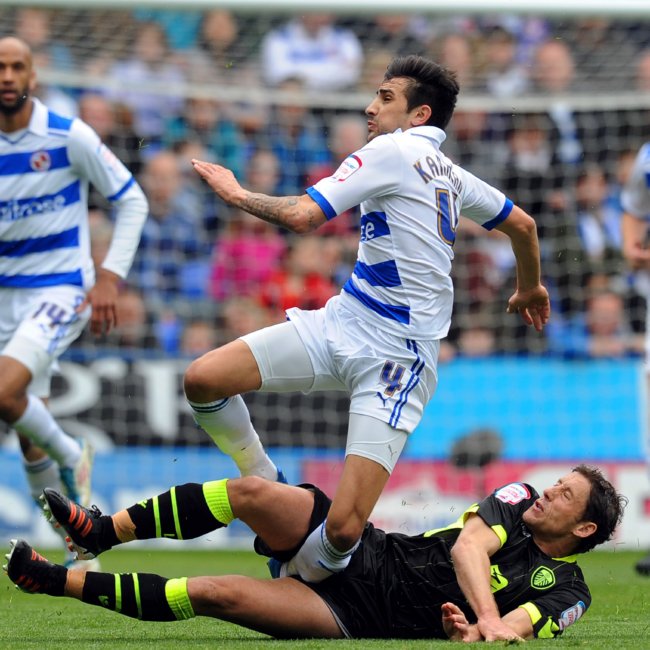 Scans have since shown that Karacan suffered a broken ankle and will now miss the rest of the season – that’s right, ‘Iron Scrot’ Brown broke a man’s ankle using nothing but the pure, unbridled power of his taint.