After an incredible late surge of form that has seen them claim 46 points from their last 51 and stream up the table over the past couple of months, Mikele Leigertwood’s goal in last night’s 1-0 win over Forest (results elsewhere also rendered Forest unrelegateable, YEEHAA!!) at the Madejski mathematically sealed it: Reading are back in the Premier League for the first time in four years… 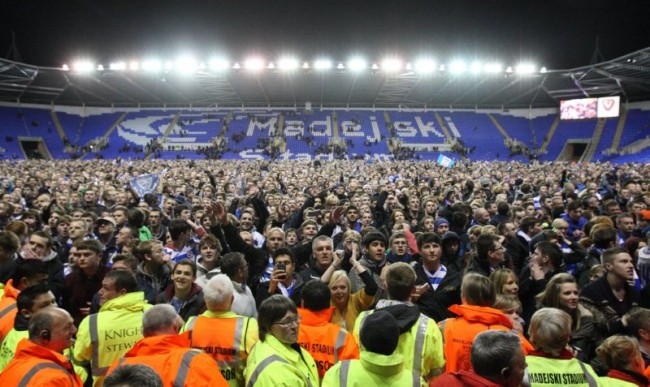 Touching scenes at the Madejski after the final whistle, where Reading fans invaded the pitch to help Forest celebrate their successful fight against relegation!

Reading are also now within two games of taking the Championship title; three points ahead of Southampton with two games to play.

Meanwhile, it looks like it’s the play-offs for Big Sam’s West Ham. Oops.