Available on Amazon for the bargain basement price of £20 comes this bespoke 300-piece jigsaw puzzle (43 x 30cm) of a topless, sweaty, hairy John Wark giving a thumbs up to celebrate Ipswich’s UEFA Cup win in 1981… 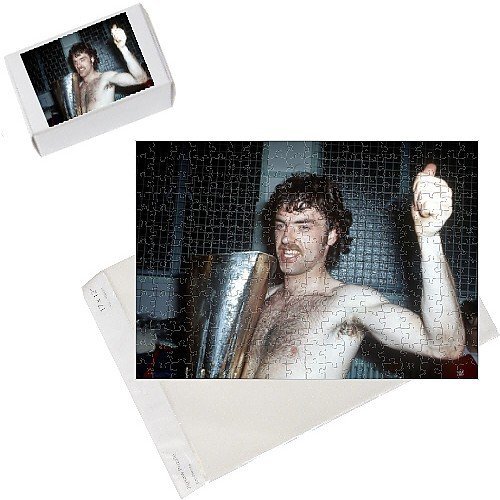 A timeless image. The thought of putting in that final ‘nipple piece’ to complete the puzzle is already making us giddy with anticipation.

In contrast to the usual boring old-fashioned way you’d go about a jigsaw, the puzzle is delivered already assembled on a back board, meaning that you’ve got to disassemble it before you begin putting it together again. Twice the fun!

Want to keep it in a box? (La-di-da!) Then you’ll have to assemble that too. A self-assemble flat-packed cardboard storage box – pictured above – is provided free of charge.

Want to show that Ipswich fan in your life just how much you love them? It’s never too early to start your Christmas shopping *hint hint*.